SKIL was created by; is driven by; and is focused on persons with disabilities, their families, and communities. We provide Advocacy, Education, and Support with Customer Controlled services to break down and remove existing barriers and bridge social gaps to ensure and preserve Equality and Independence for all.

Due to the potential spread of the Corona Virus, all SKIL Offices will be closed to visitors and the general public until further notice.

SKIL staff will continue providing services while the offices are closed. Communication, during this time, will take place through phone, email or fax.
If needing to turn in or receive a hire packet and/or other paperwork, we encourage you to send your information by email to your local SKIL office.
When bringing paperwork to SKIL offices during regular business hours, call that office, and someone will come to the door to assist you.

Thank You for your patience in these extraordinary times!
DSW Essential Worker - Proof Form 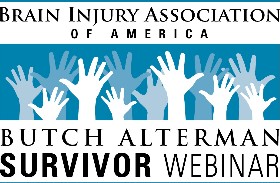 By Andy Rausch and Joe Reinecker

Statistics say that one in ten Americans who are age sixty-five and older has Alzheimer’s Disease. Of those, almost two-thirds of those inflicted are women.

Emerson says some signs to look for in loved ones are them forgetting how to do things they do every day. “A lot of people start forgetting how to get back home from a place they routinely travel to,” she said. “But if they’re having difficulty finding a new place, that’s different because directions can get mixed up. But if it’s something they have always known how to do, that’s troublesome.”

According to Emerson, another sign of Alzheimer’s is someone suddenly forgetting how to do basic functions in the home, like turning on the microwave. “My husband’s uncle is dealing with this now, and he’s always farmed and known everything about tractors. But now all of that seems very foreign to him. What’s happening is that the connectors in the brain are experiencing issues, such as plaque build-up. Those connectors aren’t making those connections anymore, so people don’t remember those routine things they’ve done before.”

Emerson also said it is important for Alzheimer’s patients to keep their minds stimulated and not isolated. “If someone isolates themselves, they’re not going to be using the functions of their brain,” said Emerson. “That’s the very worst thing a person with Alzheimer’s can do.” Emerson said activities like word searches and crossword puzzles are good ways for these individuals to stay stimulated. She said continuing to read and having conversations with other people are always beneficial.

Emerson said the Alzheimer’s Association’s Walk to End Alzheimer’s, which used to be called the Memory Walk, will be held on Saturday, September 15th, in Pittsburg. This year the walk will be held at Gorilla Village at Pitt State University. “It’s a wonderful opportunity for people who have family members struggling with Alzheimer’s or people who just want to support the cause to come together,” said Emerson. “It’s a morning event, and it’s a very easy two-mile walk. A lot of people use the walk as a family reunion, to get together and walk and remember their family members who have passed away with Alzheimer’s. There are other activities going on along with that, including music and a silent auction. I would really encourage people to come out and support the cause.”

Anyone interested in attending can register at eight a.m. that morning. There will be a ceremony at nine, with the walk following at nine-thirty.

by Andy Rausch and Joe Reinecker

As we reported last year, Fort Scott city officials are raising money to build an inclusive playground area in Ellis Park, located at 1105 E. 12th Street. The new playground area will be designed to allow disabled children the opportunity to play and have a good time just like every other child.

“The City of Fort Scott, through the Bourbon County Healthy Pathways team, is trying to get this playground built,” explains Fort Scott Director of Development Rhonda Dunn. “We thought a Multi-Century Playground would benefit the community. We also call it an inclusive park. So when you think about a child who has a wheelchair or a walker, they can’t play in a regular playground, because it’s not made for them. They can’t wheel around in it. Obviously they can’t use swings and slides like most kids. So instead you would have an inclusive playground, which has a mat that goes down over the ground so they can roll around easily, or walk around more easily without trip hazards and things like that. Then you also have the kind of equipment on that playground that those children can use and enjoy with their skills and abilities. So you would have a swing that wheelchair child can be rolled into. Can you imagine having a child that you could never swing in a park? So this would really just be a great way to make our community more inclusive.”

Right now, the closest inclusive playground to Fort Scott area is in Chanute, which is 50 miles away. “I know of at least one local family that regularly travels to Chanute with their child to use their park,” says Dunn. “What a shame that is that they don’t have a playground like that at home. I really look forward to the day when we have that here.”

City officials have made some progress towards making the playground a reality over the past year, but they still have a long way to go to meet their goal. “It’s all about money,” says Dunn. “We’re still in the fundraising part of the process.”

According to Dunn, the city held an event this past year honoring one of its citizens, which raised about $25,000. Since that time, the city has raised an additional $5,000 for the park. She says the goal is $200,000, which is roughly what the inclusive playground will cost. (The pad alone costs approximately $100,000 by itself.) That event, a “roast and toast,” also honored five families who would benefit from the playground. The children of those families’ disabilities range from Spina Bifida to autism. “We’ve raised over 10 percent of our goal, but we just keep going,” said Dunn. “This seems to be something that has really touched our community.

“We have a number of groups that are doing fundraisers for the park, including Rotary ‘Dancing with the Stars,’” says Dunn. “We had the cutest little guy there, who will someday get to play in that park. He had a fundraising sign on him and a walker. He was just quite the guy. It was hard not to put your money in the fishbowl for his project.”

According to Dunn, anyone reading this who would like to make a donation, no matter how small or how large, can do so by contacting the City of Fort Scott at 620-223-0550 or by e-mailing Dunn herself at This email address is being protected from spambots. You need JavaScript enabled to view it..

DIANA CLANTON ON PICNIC AND OTHER SEDAN EVENTS

by Andy Rausch and Joe Reinecker

Independent Living Coordinator Diana Clanton sat down to discuss the recent Sedan Customer Appreciation Picnic on August 16th (held in the Sedan Senior Center) and other things going on at the Sedan SKIL office, a two-person operation which serves more than 100 customers from multiple counties.

She says the picnic was a no-show for many people, but despite this, it still went well. “I was a little disappointed by the lower turnout this year, but we had bad weather,” explains Clanton. “It looked like we were going to have a really serious storm—severe thunderstorms—but it just ended up lightning and raining.”

“Our county clerk spoke at the picnic,” says Clanton. “She’s new, so this gave people the opportunity to meet her for the first time. She also talked about some new things involving voting registration. She also urged them to vote, reminding them that every single vote counts and makes a difference.”

Clanton said the customers who attended the picnic discussed their medication and transportation issues. Many of the customers were concerned with whether or not the government was going to cut or take away their Medicare. Clanton also talked to them about KEE loans.

Clanton said the feedback she received regarding the picnic was positive. “People said they enjoyed listening to the speaker and learning about her job and about the changes in voting registration,” she said.

Clanton says there are other upcoming events at the SKIL office. On Halloween they will be having their annual Trunk-or-Treat, where they give candy to trick-or-treaters. They will also be participating in the local Christmas parade. On September 21st and 22nd, they will also be participating in the Fabulous Finds on 99, which consists of 233 miles of garage sales along Highway 99. “Small towns have to do whatever they can to bring in business,” says Clanton.

Clanton also discussed the goals of her office. “My primary goal is to keep as many people out of institutions as I can,” she said. “I want to keep people independent, living where they choose.”

The SKIL Pittsburg office has officially moved into our new location at 216 N Broadway. We are in Suite D.